The Filipino institute is a social enterprise founded by the very popular and renowned Filipino photographer, Gabriel John Rimando. It is an institute focused on empowering Filipino workers abroad by educating them and exposing them to opportunities overseas which will make things easier for them to survive overseas. Described as ‘A chain of schools established by a Filipino for empowering Filipinos”, the institute was founded in November 2015 in Dubai, UAE, and in less than three years has gone on to graduate about fifty thousand Overseas Filipino Workers (OFWs) and establish branches in countries like Qatar, Kuwait and Bahrain. The sweeping success experienced by the institute in such a short frame of time is a testimony to the good job they have done in the last three years. It is well known that many new immigrants to a new country find it very difficult to adapt and begin to make ends meet. Most times, they usually need guidance from more experienced people who have been in the place much longer. These were at the heart of the motive of the founder, Gabriel John Rimando when he founded this institute. He wanted to establish an institute which will bring together, his fellow kinsmen together and empower them through the means of social entrepreneurship. This is exactly what the Filipino Institute has been doing. Thousands of Filipinos are being empowered each year and graduated from the institute and thereafter, they go on to make a head start from the empowerment they have made in the institution. The institution is founded on the principle of societal entrepreneurship. That is, apart from the basic empowerment and education it affords its students, it also establishes a network of connections among Filipinos: it brings people together, who meet themselves and forge business partnership and friendships which benefit them on a long run. This is one of the fundamentals of surviving in life. A great man once said, ‘Humans are caught in an inescapable network of community.’ This is to say that no man can make it all alone. What the Filipino institute sought out to be is a network which connects all Filipinos and enables them to help each other and by so doing, provide education and a network in a much easier, and what’s more?—an affordable cost.

The Filipino institute is a social enterprise; this means that it is an institute which intends to achieve a social mission which borders around empowering Overseas Filipino Workers (OFWs) abroad. The primary aim for the establishment of the institute is for the EMPOWERMENT of Filipinos who are finding it difficult to thrive abroad. They do this through a variety of training, spearheaded by very skilled professionals who are motivated and passionate to share their knowledge. The courses offered in the institute range from IELTS Prep Course, Communication and Presentation Skills, Personality Development, English Speech Proficiency, English Grammar, Videography, Photography, Violin, Voice Lesson, Guitar, Keyboard, Secretarial, Make Up, Facial Theraphy, Hairsyling, MS Excel, Logistics, MS Word and Powerpoint, Spanish, French, Italian, Arabic, Korean, Japaneses, Balloon Making, Logistics, Tally, Peachtree, Oracle, Accounting are not left out because there are about seventy courses offered in the institute. And for each of these courses offered, there are very skilled teachers who are ready to go share their knowledge fervently with you.
The institute provides an environment which is conducive for learning. This means that our locations are in serene environments which are very conducive for learning. .
The Filipino institute is not just a provider of education and empowerment but an arbiter of opportunities. This is because by bringing many Filipinos from far and wide together, we create a pathway for people to get back to school, connect with many other like minds and also establish avenues through which they can be useful to the community at large. The Filipino institute was created with a set of aims which include the wide sharing of ideas, innovation and experience. The tuition fees are quite affordable and will be listed later in this story. our curriculum are also not very bogus and we have a very short duration of each semester which includes only six Fridays with three hours per class. Impeccable organization was one of the motives in the heart of the founder, Gabriel John Rimando and this is why we have provided Uniforms for an outstanding identity. Lectures are to be received in student-friendly classrooms, situated in our institute buildings located in an academic-conducive environment.
These our students will be trained in the various fields of their choice for as many semesters as their programs demand and at the end of their programs, they shall be presented a certificate which proves that they have been a part and parcel of the institution.

Plugins your themes with even more features. 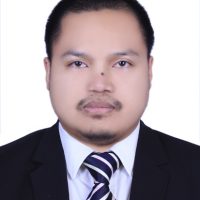 Dean of the Graduate School+971 55 583 9969graduateschool@filipino-institute.com